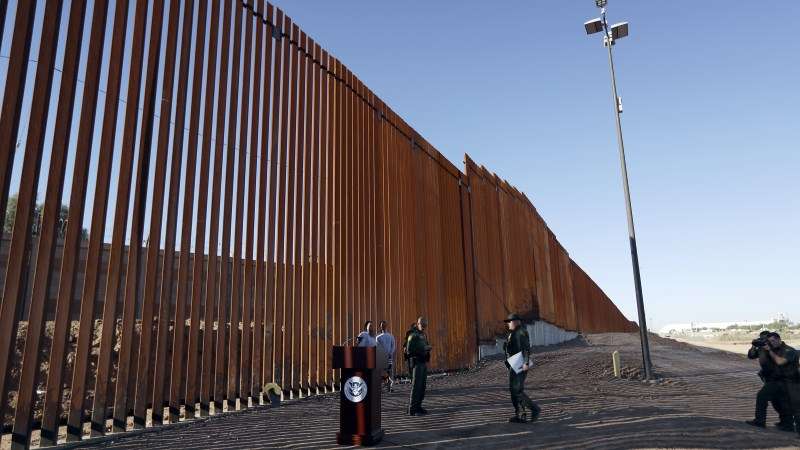 Everyone has heard of Donald Trump’s so-called wall (or is it a fence? Or is it solar panel farm?). Most people also know that Trump’s wall is the latest in a long line of attempts to restrict movement using physical barriers – the Great Wall of China was constructed to keep out the Mongol hordes, Hadrian’s wall was built to keep out the barbarians.

Of course, most people also know that neither of these walls worked – China was conquered by the Mongols and the barbarians brought down Rome.

For most of the modern era, physical movement restrictions seemed to be reducing. At the end of the Cold War, there were fewer than five border walls in the world, according to Élisabeth Vallet, a professor of geography at the University of Québec at Montréal. During the Cold War, the number of walls increased, and by the time the Berlin Wall fell, there were 15 walls globally. Today, there are 70 border walls either in place or under construction.

Trump’s wall has, of course, gained the most publicity; the wall along the West Bank is a close second. But there are also walls between Spain and Morocco at Melilla and Ceuta, between Hungary and Croatia, between Turkmenistan and Uzbekistan. The vast majority of these walls have been constructed for the purpose of preventing illegal immigration.

With at least 65 walls built in the course of less than a hundred years, policy makers need to ask firstly – do the walls decrease irregular immigration? And secondly – are they a cost effective method of reducing irregular migration?

Some walls have been effective. The wall between Spain and Morocco provides an example – in 2014, approximately 19,000 people attempted to cross the Mediterranean into Spain but, following the construction of the wall, the number diminished to 3,700 people in 2015.

Firstly – most walls are effective when they cover short distances and are heavily armed. And most borders cover long distances. Most countries don’t have the resources to place military and police support along long border walls. So the investment required to make effective border walls is not easily available to most countries – as Trump is discovering.

Secondly – walls often deter, not immigration as a whole, but immigration along one route. The Spain-Morocco wall reduced crossings through the Western Mediterranean route, but crossings to Europe through other routes continued, and may even have increased. Often the alternative migration routes are more dangerous and result in increased numbers of deaths and injuries for people on the move.

In short – sure, maybe border walls reduce migration along a short distance. But they don’t work along long distances, they don’t reduce overall migration, and they cost a lot. Too much.

So what should policymakers do instead?

Irregular migration takes place through long routes, and using smuggling networks that are complex. People on the move often have strong reasons for moving, such as the desire to flee conflict, make better lives for their children, or earn money to ensure basic well being. They have close linkages with smugglers, even when smugglers perpetrate abuses. It is critical to understand why people want to move, as well as smuggling routes and networks – the economic and social dynamics behind smuggling – to develop effective approaches to migration. Meraki wants to see effective migration management systems that ensure safety and dignity for people on the move.